Since Sivakarthikeyan’s first Telugu / Tamil bilingual film “SK20” was officially announced on New Year’s Day, curiosity about the project has been unprecedented. Anudeep of ‘Jathi Ratnalu’ fame directs the romantic comedy produced by Sri Venkateshwara Cinemas LLP with Thaman scoring the music and Manoj Paramahamsa behind the lens.

We told you that director Venkat Prabhu is working on the script and dialogue for the Tamil version of “SK20” and that the story is about a London tourist who falls in love with a local guide played by Siva. 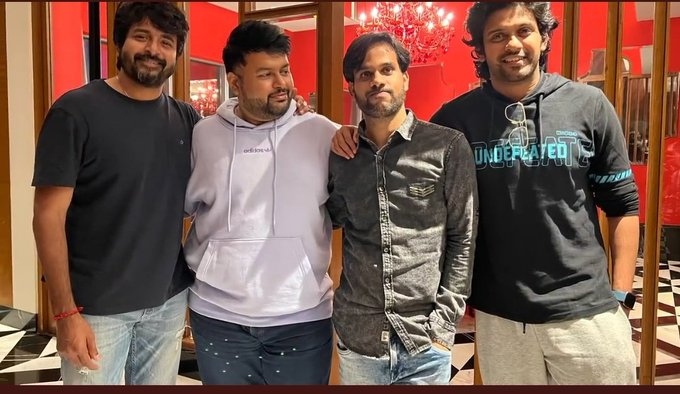 Thaman, who rides high in Tollywood, shared a photo with the “SK20” team and wrote “Last night was my first night tat I laughed Sooooooo muchhhhhh lol Rolling on the floor laughing With that group of genius from timing Humans on planet earth cherish Sivakarthikeyan, Naveen Polisetty, Anudeep, Manoj Paramahamsa and Arun Vishwa. “